The upcoming exhibition “Whimsical” by Mariana Kalacheva will take place at Caffery Gallery on Friday, the 17-th of November 2017.  It coincides with the event of White Light Night, bringing together artists, galleries and restaurants in a set of pleasures for the senses that sweep across the Government street in Baton Rouge, LA, USA.

Thirteen artworks made in mixed media, acrylics and oil colors will be arranged on the walls of this beautiful and heart-braking art space, run by the owner  Mary Ann Caffery.

A selection of works portraying both modern and naïve elements, landscapes and surreal compositions blends into the whimsical visage, titling the exhibition.

The motive of  “Whimsical” is an extravagant cocktail of vivid emotions collected and rearranged in a drawer through the years, which never get dust with time.

There are stored dreams, memories, intuition and invention with a mercurial nature which has been turned into a light for the spirit –ever seeking the adventure, who mischievously prepares for a new jump into the Ocean of reality and virtuality, and into surrealistic or naïve challenges. This exhibition is dedicated to those who believe that miracles exist. There are moments in our lives which sound like a fairy tales or at least we can imagine them.

Our thoughts become abstract and airy, they reincarnate in another world. In this other world live myths and ancient cultures, fantastic and ultramodern images, capturing us with their invisible nets and making us an audience of our self spectacle called Life.

Every single day there is a scene from a Ray Bradbury’s story. Every minute carries an essential Salinger’s sensibility. Every second is a whisper of an avatar but also an ambiguous reflection on the revolving doors of Wall Street office as well.

In this world we often rest in an unconscious déjà-view around the metaphors of Venetian splendor. We bring hope, hand by hand sailing on the silent gondola under the moon nights. We dance ballet on the poppies field until we become flowers, laugh to the birds, whip on the crickets or listen to the dandelion’s song.

We often reincarnate into a Sisyphus suffering, decorated in a marvelous dress or into Golgotha, taming the dualism of our characters. “Whimsical” is a contemporary exhibition which can be perceived as a parallel between two universes.

Whimsical Art Paintings from the exhibition 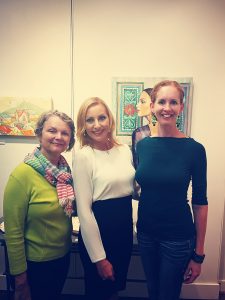 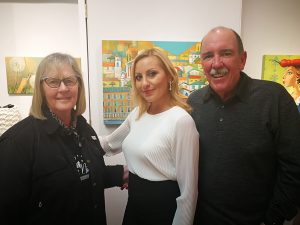 Next to Mary Ann Caffery and David Humphreys 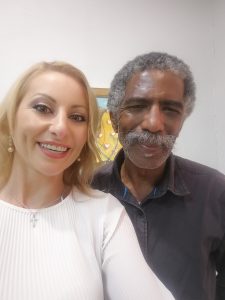 With Daniel Varnado and Elliot Estelle 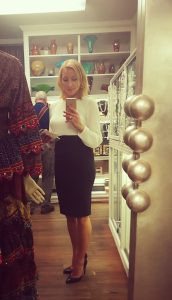 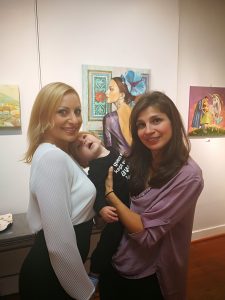 with Katerina Horent and Emo 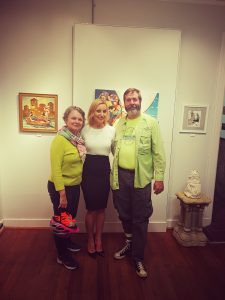 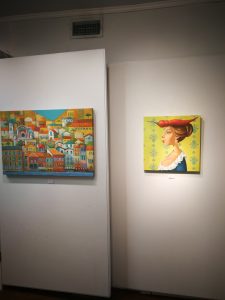 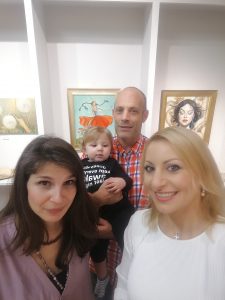 Next To Katerina, Emo and Eric 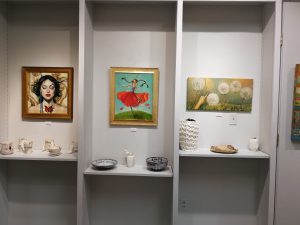 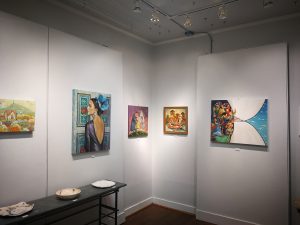 Previous Post:
← To tame… An exposition with paintings & drawings by Mariana Kalacheva – Alisa
Next Post:
Brush with Burden →